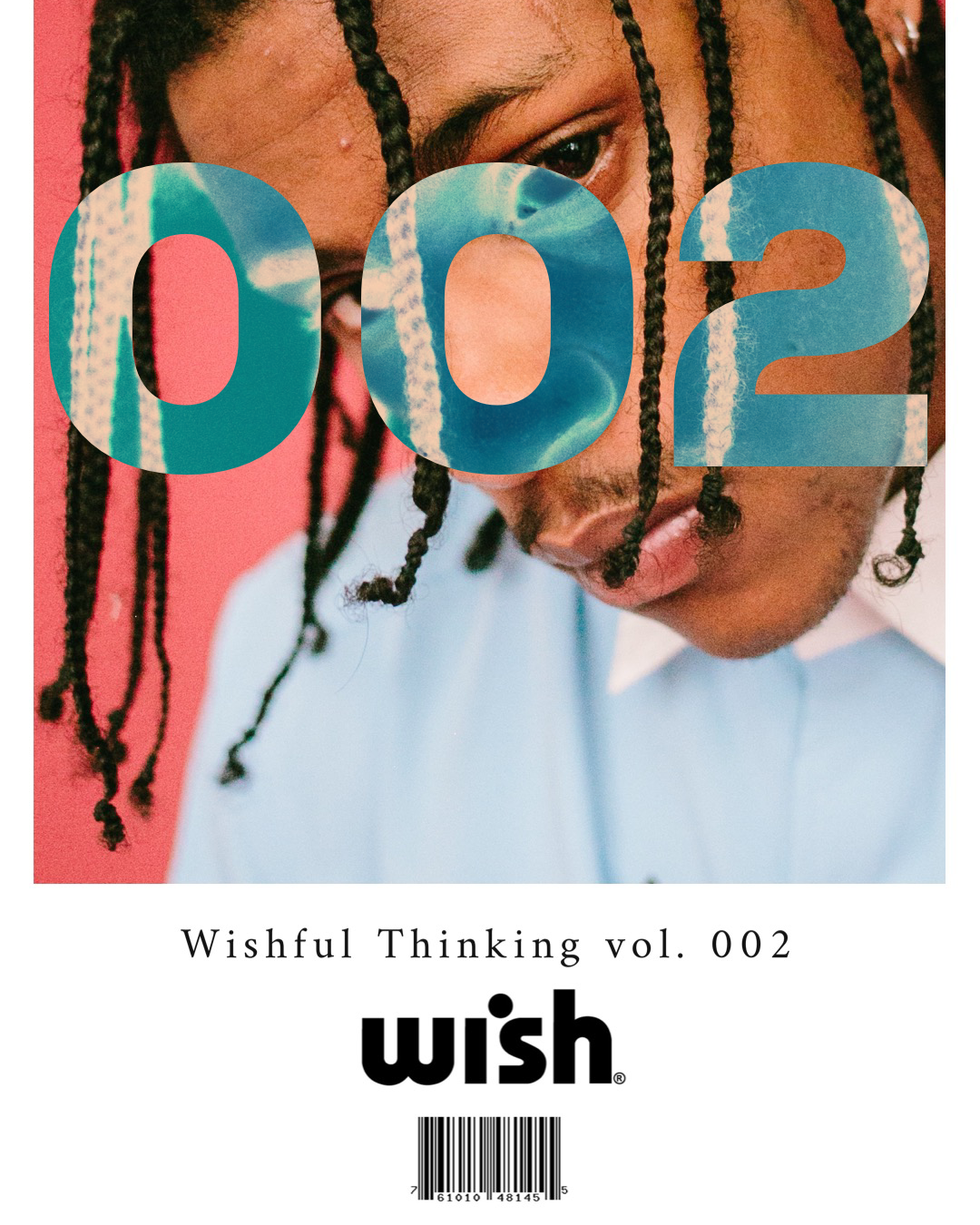 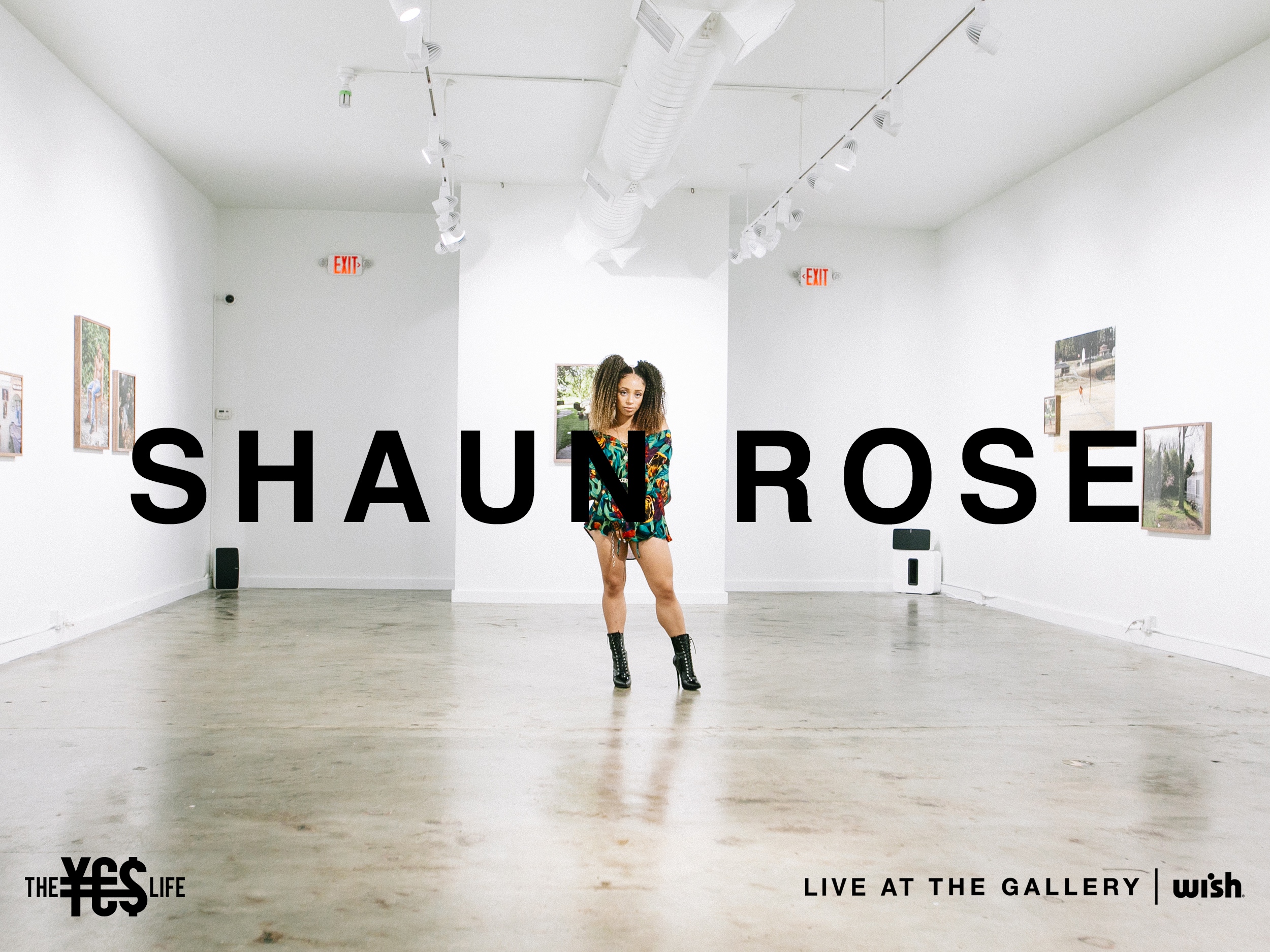 We’ve partnered with The Yes Life to create a new series entitled “Live at The Gallery | WISH”. This week’s performance is Shaun Rose performing her song “Air”. 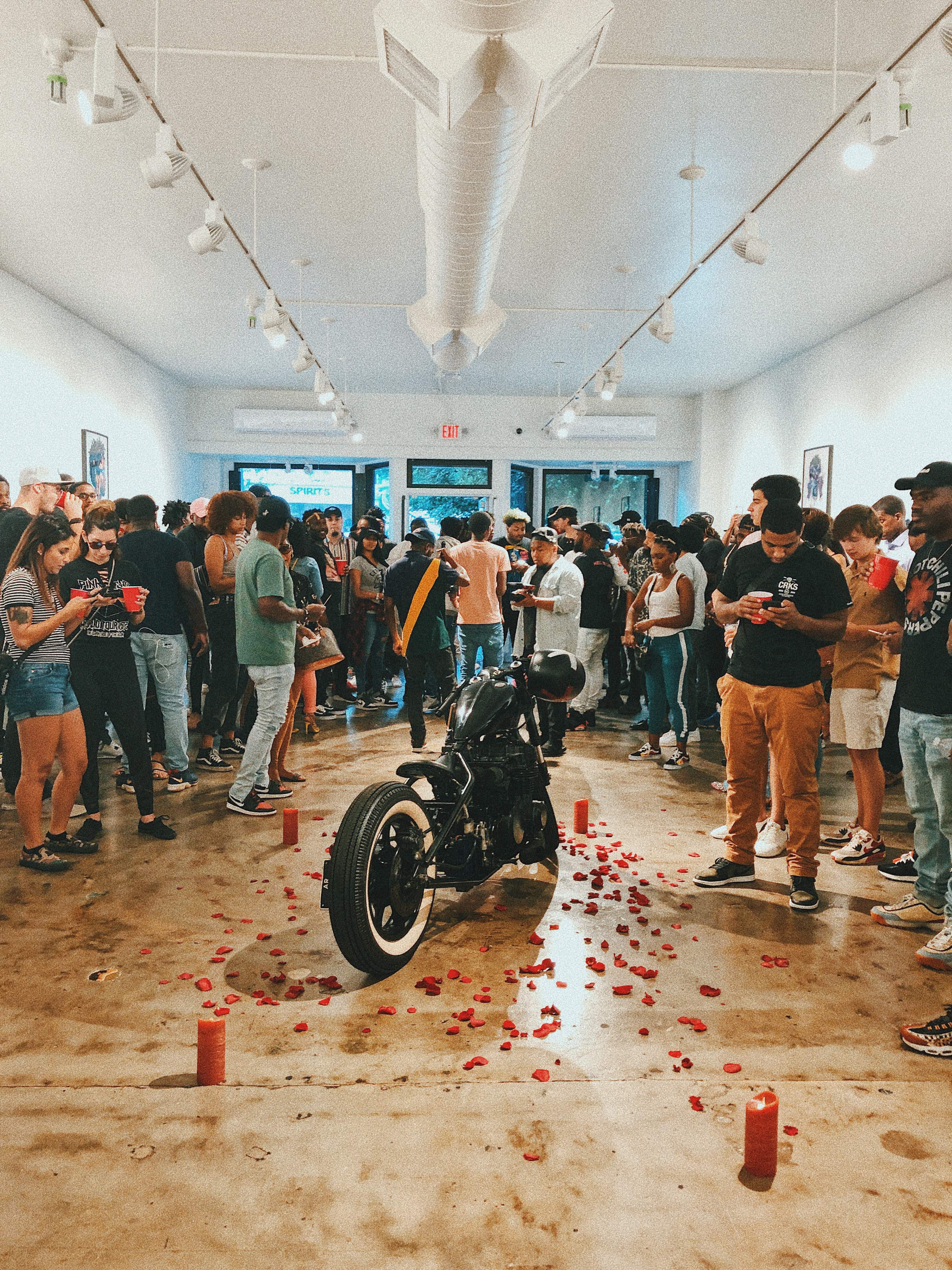 Finishing up his string of in-stores to support the latest mixtape, “10PC MILD,” Trinidad James stopped through the shop yesterday for the final stop of his meet and greet appearances. Bringing along a slew of Gold Gang affiliates and donning the latest Fall/Winter 2013 Supreme, Trinidad James held down the crowd for over three hours while taking pictures, shaking hands and signing autographs for those in attendance. In addition to handing out copies of the latest mixtape, James also invited his tour DJ, Genesis to get on the tables to chop and splice up a plethora of Atlanta tracks including many of James’ mixtape exclusives.

Download Trinidad James’ full mixtape here and scroll through the image set below.

After much anticipation, Jay Z has officially unveiled the visuals to his hit single, “Holy Grail” featuring Justin Timberlake. Perhaps no better than timing than on the heels of Timberlake’s groundbreaking VMA performance, the video was directed by Anthony Mandler (who has also worked with Jay on past projects such as “D.O.A.,” “Young Forever” and “Lost One.” Featuring both Timberlake and Hov in a decidedly dreary and dark setting, the footage is also paired with twisted and slowed down samples of the song that plays into the caliginous side of the track. Hit play above and let us know what you think in the comment section.

Hometown hero, Curtis Williams of Two-9 lets loose the latest visuals to his cut “Philmore Slim.” The track also sees an assist from the entire Two-9 crew. A longtime supporter of Wish, Curtis and the entire Two-9 conglomerate have been steady churning out bangers this summer and as we move into the latter half of the year, the crew shows no signs of slowing down. Peep the video above and let us know what you think in the comment section.

Track of the Day: Stalley – Raise Your Weapons

Today’s track of the day arrives from fellow Wish supporter and Cleveland-native, Stalley. Following on the heels of Stalley’s assist with our COMME des GARCONS PLAY, hit the play button below and let us know what you think in the comment section.

Music, stalley, track of the day

Tech N9ne releases his latest cut titled “Fragile” with some support from a stellar cast. Featuring an assist by Kendrick Lamar, ¡Mayday! & Kendall Morgan, the laid back cut opens up with the smooth vox of Morgan before giving each artist their respective bars. HIt play below and let us know what you think.

Today’s track of the day sees an all-star lineup of music aficianados, DJ’s and artists as Diplo has tapped Mike Posner, Boaz Van de Beatz and RiFF RaFF for the cut, “Crown.” Opening up with outerspace sounds and Posner’s smooth melodies, the track breaks down periodically throughout before pulling back for the ambient hook. Hit stream below and let us know what you think in the comment section.

While Pro Era is up in New York laying down performances amidst the AGENDA NYC tradeshow week, Joey Bada$$ lets loose a new track today titled, “Norwegian Breakfast.” The laid back cut was produced by Bagir and arrives in typical Bada$$ fashion with the New York rapper deftly weaving in and out of bars with his signature witty worldplay. Hit the play button below and let us know what you think in the comment section.

It is well known from past interactions with Young Guru that Jay-Z has a plethora of materials and un-released songs locked away in the vault. In a rather surprising series of events via Twitter, Jay-Z gave approval to Young Guru to let loose the finished version of Dead Presidents 3. Peep the track below and let us know what you think in the comment section.

After much anticipation for Samsung users, Jay-Z officially unveiled the full length, Magna Carta… Holy Grail last night. One of the staple tracks of the album sees singer/songwriter Justi Timberlake at the helm. Hit the stream button below and let us know what you think in the comment section.

Track of the Day: KiD CuDi – Going to the Ceremony

The Cudder is back with his latest track today titled, “Going to the Ceremony.” Produced alongside frequent collaborator Dot Da Genius, the track arrives as a WZRD release. Classic CuDi style, the song opens up with spacey overtones and heavy electric guitar vibes. Hit stream below and let us know what you think in the comment section.

M.I.A. is back at it again, this time unleashing the visuals to her previously release “Bring Tha Noize” track. With a nod to the classic Public Enemy number, M.I.A.’s predictably bold and colorful antics are on full display. Catch the video above and in the meantime pick up the iTunes track here.

Track of the Day: Woodkid Performs Live Acoustic of ‘I Love You’

While predominantly known for his mainstream work on video direction, graphic design and songwriting, Yoann Lemoine has been gaining even more substantial exposure as of late under his stage name, “Woodkid.” After the debut of his Pharrell remix for the cut, “I Love You,” Woodkid lets loose an intimate and well-shot video documenting a live acoustic performance of the same song. Taken from his full length album, The Golden Age, the acoustic performance displays Woodkid’s natural stage presence, powerful vocals and strength in songwriting. Hit stream above and let us know what you think in the comment section

It would be an understated to say that Kanye West has been making waves leading up to his anticipated June 18th drop of Yeezus. Be it off the strength of the religiously controversial title, or the socially controversial “New Slaces” lyricism or the widely discussed global marketing projection initiative, Mr. West seems to be a role. The latest footage of Ye is captured during an unscheduled session for his European fans while touching down at Design Miami/Basel in Switzerland. Yeezy hits the track “New Slaves” direct over the mic acapella style for all those who were in attendance. It looks like #yeezyseason is really beginning to heat up this summer – stay tuned for the official album drop next week.

Curren$y comes through on his promise to drop a track with Atlanta’s own Trinidad Jame$ after promising he would last night after the conclusion of Game 3 of the NBA Finals. Listen below:

Kendrick Lamar has certainly been busy these days. Following a surprisingly understated “appearance” on J. Cole’s “Forbidden Fruit,”the Compton emcee steps into the studio with ScHoolboy Q for the cut, “Collard Greens.” The song arrives on the heels of releases such as Q’s “Yay Yay” and “Hell of a Night,” as well as in advance of the anticipated full length album, Oxymoron. Hit the Soundcloud link to stream the audio below and let us know what you think in the comment section.

Track of the Day: Mac Miller featuring Jay Electronica – Suplexes Inside of Complexes and Duplexes

With Mac Miller stepping into a heavy series of competing releases come this mid-June, the Pittsburgh rapper seems to be rolling out all of the stops in anticipation of his June 18 full length debut, Watching Movies With The Sound Off. The latest track arrives today with rhyme chemist Jay Electronica in the passengar seat. Titled “Suplexes Inside of Complexes and Duplexes,” the cut upens up with an eeire mixture of caliginous undertones and synthesized chills. Miller takes the first half of the song before Jay Electronica closes things out in his typical fashion. Check a listen out below on our Soundcloud and download the track now via iTunes.