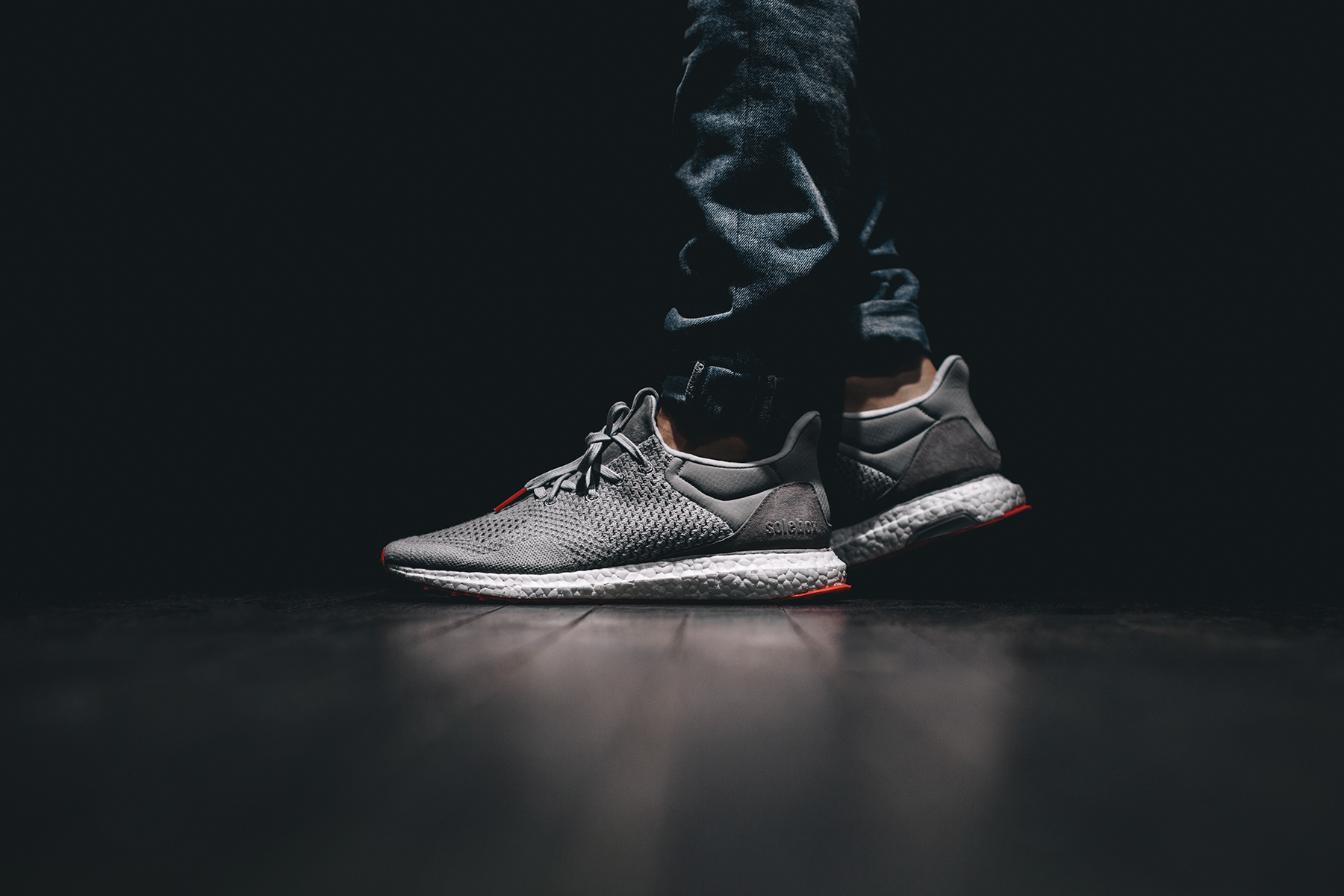 The adidas Consortium World Tour makes its way to Berlin for its next stop, introducing the Solebox x adidas Consortium Ultra Boost Uncaged. For Solebox’ try at the highly sought after Ultra Boost, they follow Hypebeast steps in uncaging the sneaker. For the upper, they choose to keep it relatively neutral with its hues of grey, pairing primeknit with suede on the heel. Solebox branding is visible on the tongue and heel, while the Consortium logo can also be found on the insole and tongue. For added detail, the Berlin boutique finishes the Boost with red on the lace tips and sole. Look out for the worldwide release coming this Saturday, March 26th.

Germany’s Solebox has joined forces with Puma to release two special iterations of the XS850 silhouette titled the “Adventurer” pack. Featuring a light blue “Angel Falls” version of the sneaker, as well as a black and Angel Falls two-tone variation. The sneakers are constructed from suede, nubuck and neoprene, and feature contrasting splatter detailing at the heel. Solebox branding at the heel and insole complete the look. The Solebox x PUMA XS850 “Adventurer” pack will be available this Saturday 6.13.15.

Berlin’s, Solebox offers up its patriotic take on the Reebok Instapump Fury for the shoe’s 20th anniversary. Designed by Hikmet Sugoer, Solebox’s principal designer, the shoe features a printed upper using a modified version of German flecktarn camouflage with green suede accents and a black woven fabric heel. Adding to the mix are a black inflatable cage, red accents, and a woven German flag on the tongue.