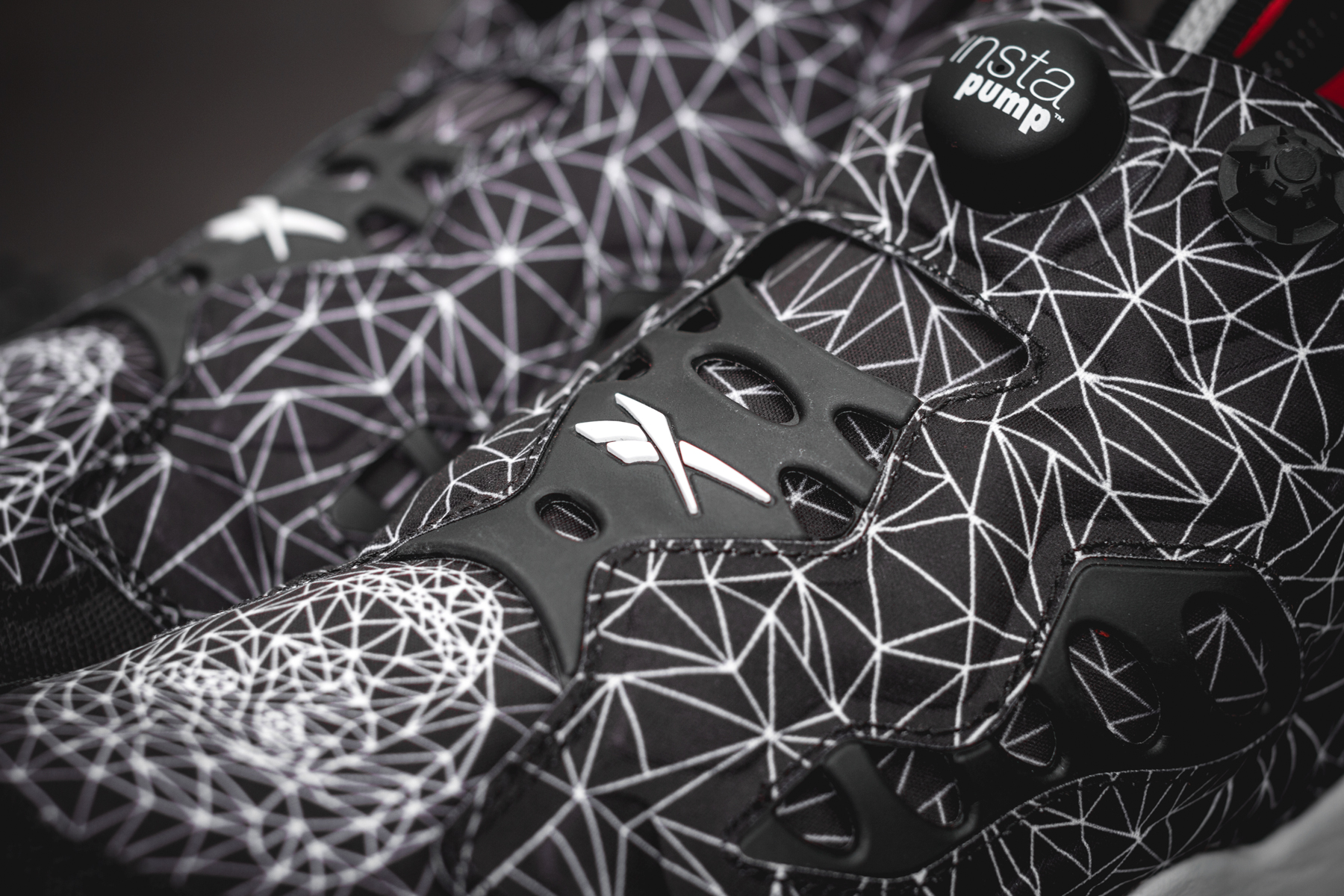 Reebok tries its hand at celebrating the Chinese New Year once again with the “Year of the Monkey” Instapump Fury. For this release, Reebok represents the year of the Fire Monkey with a blazing red leather on the heel. The Monkey is also represented on the toe, with a random geometric pattern of lines makes up the face of a monkey. Geometric patterns make up the rest of the dark upper, while the signature Reebok Instapump finishes the tongue. This one can be picked up now online and in-store at our Moreland Ave. location.

The latest Reebok Instapump Fury has shown as lately that it’s not afraid to cover itself in vibrant and bright colors. Mocked up with the radiant title shade coloring its entire textile upper, a contrastive touch of white occupies the futuristic runner’s accents, branding, and midsole/outsole tooling. A simple color scheme with a vibrant outlook, this Reebok screams summer.

Hanon joined Reebok in celebrating the 20th anniversary of the Insta-pump Fury. Mocked up in a pleasing colorway, the upper predominantly features navy and grey. Sitting atop a white midsole, the shoe sees red, powder blue and light green detailing throughout. Be on the look out for a midnight release tonight releasing exclusively on our online shop.

Berlin’s, Solebox offers up its patriotic take on the Reebok Instapump Fury for the shoe’s 20th anniversary. Designed by Hikmet Sugoer, Solebox’s principal designer, the shoe features a printed upper using a modified version of German flecktarn camouflage with green suede accents and a black woven fabric heel. Adding to the mix are a black inflatable cage, red accents, and a woven German flag on the tongue.

Swedish retailer, Sneakernstuff, is the latest store to celebrate the Reebok Instapump Fury’s 20th anniversary with their take on the revolutionary silhouette. Using the same color palette as last years collaboration with the Reebok Question, “A Shoe About Nothing,” this Instapump Fury features a heather grey jersey knit upper, a mint inflatable cage and subtle hits of burgundy to complete look.

Sticking with a pool party theme, the Florida retailer Shoe Gallery has given a look on the playful take on the Reebok Instapump Fury 20th anniversary. Featuring a red and blue makeover, the inflatable cage has been done up in an eye-catching red patent leather to emulate both the inflatable arm floaties, while the rest of the shoes features a “water glare” print representing the pool. Finished off with a khaki and white midsole to represent the sandthe white caps of the surf rolling in. Be on the look out for the Shoe Gallery x Reebok Instapump Fury 20th Anniversary coming soon at Wish.