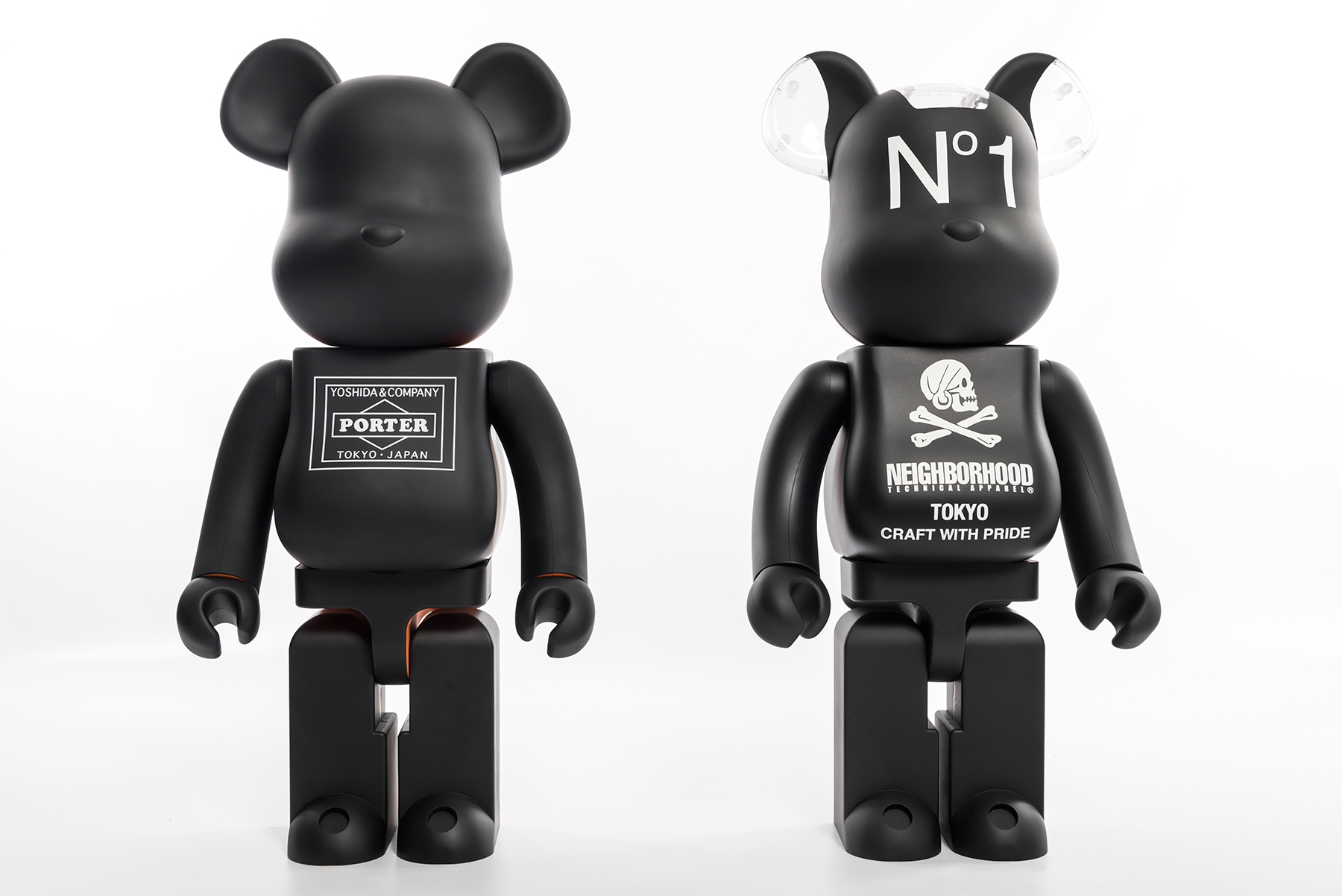 Fill out your living area or bedroom with one of these supersized Bearbrick figures from Japanese toy manufacturer Medicom. For this set of Bearbricks, Medicom links with two Japanese streetwear brands in Porter and NEIGHBORHOOD to create a unique take on their popular Bearbrick figurines. This isn’t the first time that Medicom has linked up with NEIGHBORHOOD, as 4 years ago they released a Bearbrick identical to this one, but in a smaller, more compact form. Get yours today in-store at our Moreland Ave. location.

As a continuation to Yoshida Kaban’s 80th anniversary collections, Porter has released a collaborative rendition of the classic adidas Originals Stan Smith silhouette. Retaining the design and form of the timeless 1970s tennis shoe, Porter has reimagined the design’s upper to feature the same fabric used on its Tanker series combined with high quality leather detailing along the side panels and throughout its bright orange branded insole. In addition to adidas archive of the Stan Smith collaborations, Porter’s take is relatively monochromatic and has called on its figurative logo to accent the shoe’s iconic “Endorsed by:” tongue detail.

Maiden Noir teamed up with Porter to release a small collection of accessories and 5-panels hats for their Fall/Winter 2010 collection, “Wasted Youth”. These are only available in limited quantities. The 5-Panels are now available at Wish for $50, the Snap Wallet can be purchased for $130 and the Media Cases are going for $115. [more]