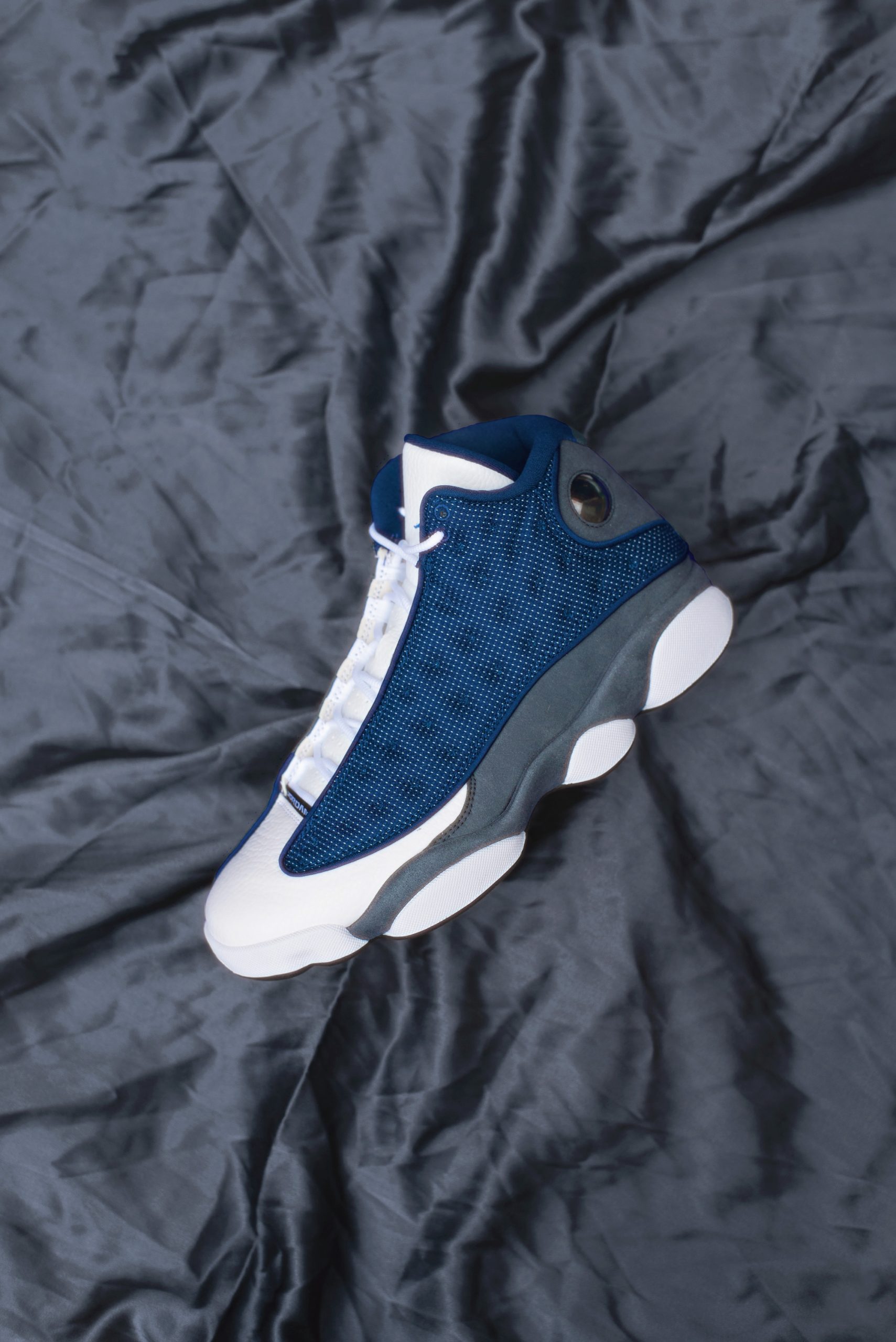 This uber-popular colorway of the Air Jordan 13 was originally released in 1998 and then re-released twice in 2005 and 2010. Back in 2017, it was rumored to re-release once again, but the retro never happened. This will be the fourth time the beloved “Flint” Air Jordan 13 has been released.

In Jordan’s final playoff series in 1998, Jordan’s ability to close solidified his GOAT status as the Bull’s became the first team to three-peat on two separate occasions. The Jordan 13 inspired by Mike’s spirit animal, the black panther, were his primary kicks in his last season with the Chicago Bulls.

The “Flint Grey” color-way was one of the first releases of the silhouette. This release aims to get as close to the original as possible with everything from some minor details to the box itself. This iteration, like the OG’s, comes with 3M reflective uppers and a shade of blue on the vamp meticulously matched to the navy tone of the throwback version. This 13 also brings back the molded sock-liner from the original model for the game-ready fit & feel.

The newest color of the classic Air Jordan 13 Retro features a holographic back heel piece along with the original hologram inspired by the black panther eye. Wolf Grey on the toe accents the white pods on the midsole and white quilted leather upper. The Jumpman logo and outsole feature hits of Tropical Teal.

Designed by Tinker Hatfield and originally released in 1998, the Black/Varsity Red-White colorway of the Air Jordan 13 has been tapped for a return this January. Inspired by the paw of a panther and an unknowing play on Michael Jordan’s “Black Cat” nickname, the retro edition of the sneaker features an upper of tumbled black leather, red nubuck, and a padded black mesh overlay alongside a perforated tongue, a hidden lacing system, and Zoom Air cushioning.

Coinciding with this colorway, Wish has created a logo crewnceck that matches perfectly with this release. So for any of you planning on copping a pair, make sure to come by or click here  first to get this limited crewneck.