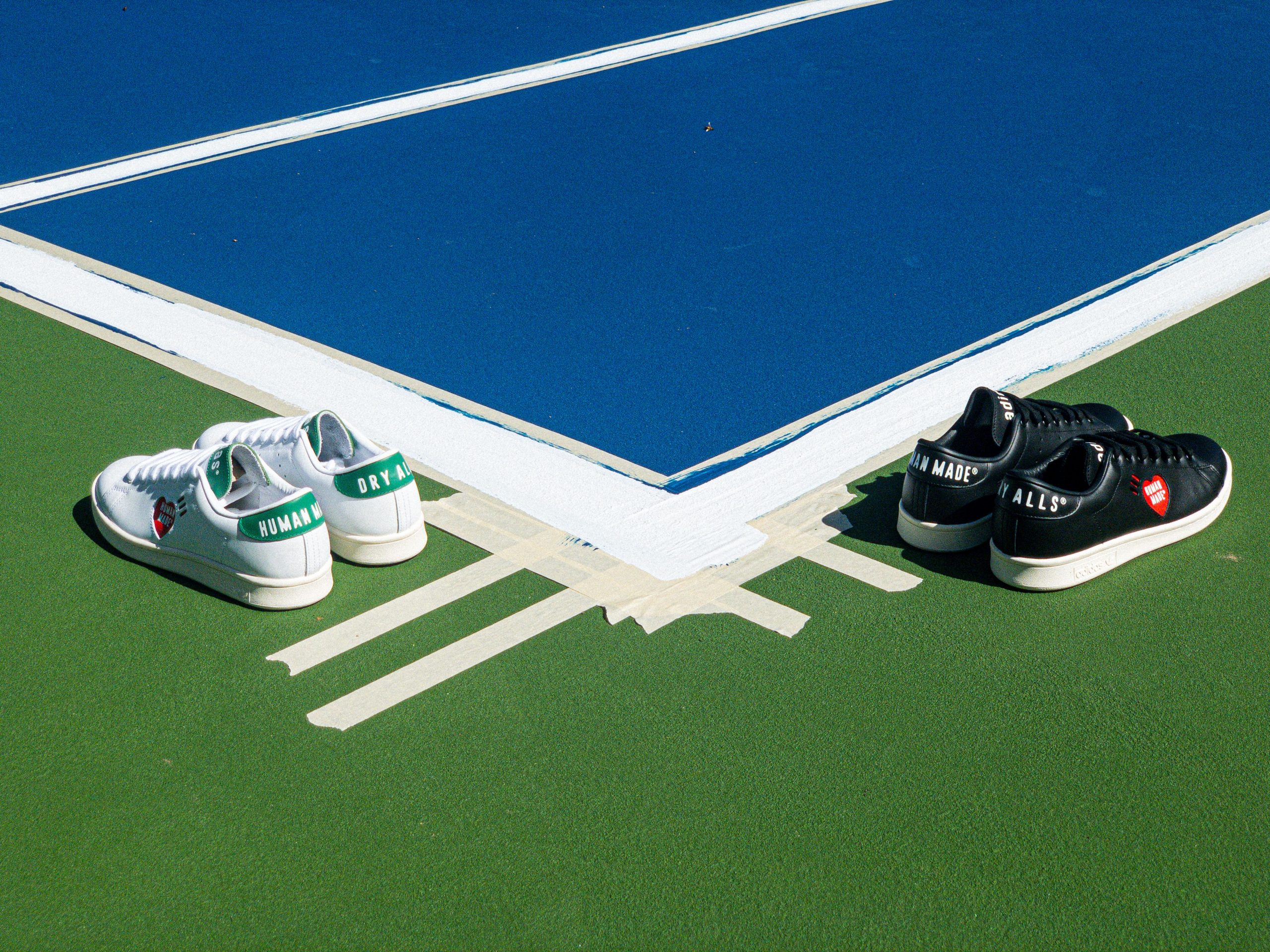 This week adidas prepares to bring us more collaborations with Nigo’s Japan-based Human Made. This time they’re remixing the Stan Smith and Rivalry Low. The adidas Stan Smith sports the signature in-cut Human Made hearts on the lateral panel, adidas text on the tongue, and “Dry Alls” insignia on the heels.

As for the Rivalry Low, the “Night Marine” colorway features Human Made’s signature heart logo on the medial, while “Gears For Futuristic Teenagers” are printed on the lateral Three Stripes.

Be sure to catch this drop when it releases Thursday August 6 in-store and on WishATL.com.