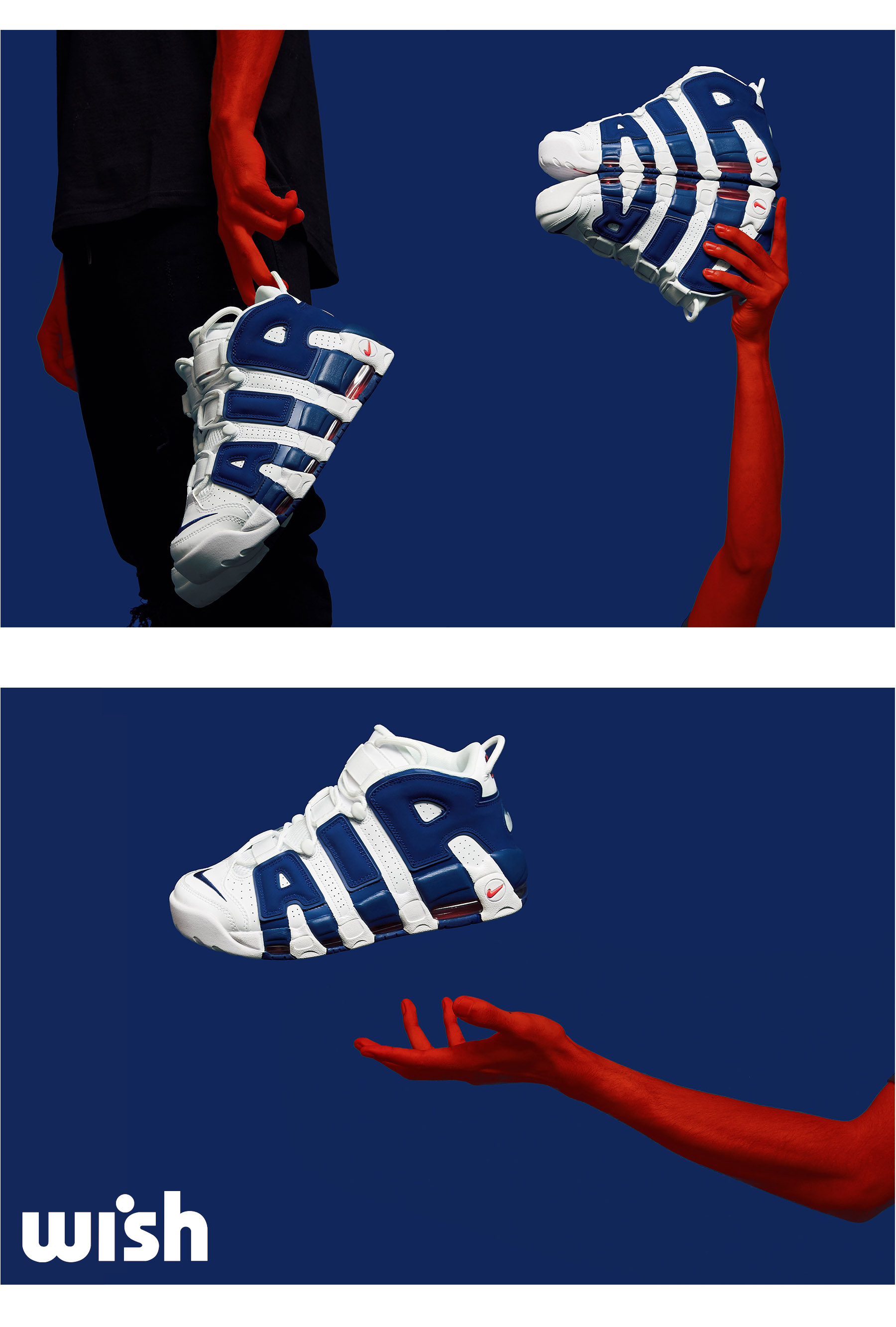 “Inspired by the high-flying basketball of the ’80s and ’90s, the Air More Uptempo ’96 pays homage to the decades when basketball became a global force. It features the same three Air Sole units, the most ever in one shoe at the time, as well as the legendary AIR letters wrapping the entire sneaker. A slam-dunk silhouette on the sockliner and a clean, White-and-Blue colourway pay tribute to one of the most unforgettable slam dunk moments of the ’90s.” #ComingSoon 09/23/17 – in-store! www.wishatl.com