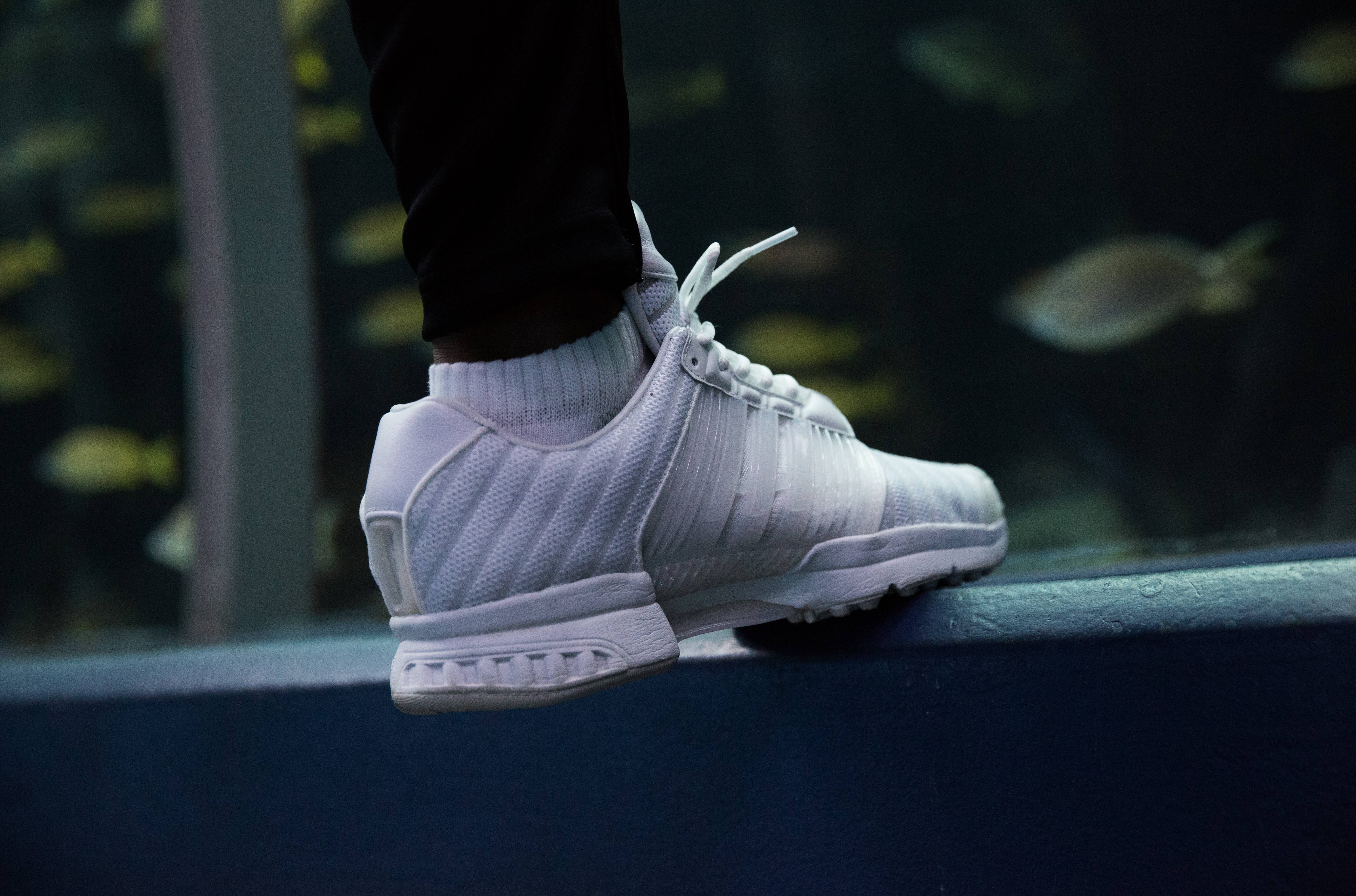 Coming off the successful drop on May13th, we will have a small restock of the Climacool’s. This iconic, early 21st century runner is currently enjoying a real renaissance. This time it is made translucent and, as its counterpart, luminescent. Similar to the PureBOOST, a new Primeknit fiber processing is applied that results in a geometricpatterned upper. As well as an outstanding product, it is a great example of adidas returning to an archive model and giving a type of contemporary rework impossible at the time of the Climacool’s initial conception.

Sneakerboy’s stores are all situated on the Australian Coast so the retailer looked to the sea for inspiration and began exploring aesthetic references to the box jellyfish, the world’s deadliest jellyfish. Its translucency and luminescence were the starting point for the collaborative design process. Even though native to the Australian waters, Wish – by chance – also knew of this particular jellyfish: the Georgia Aquarium is one of only four institutions in the world which houses the specimen. A great coincidence and exceptional link between these two partners.