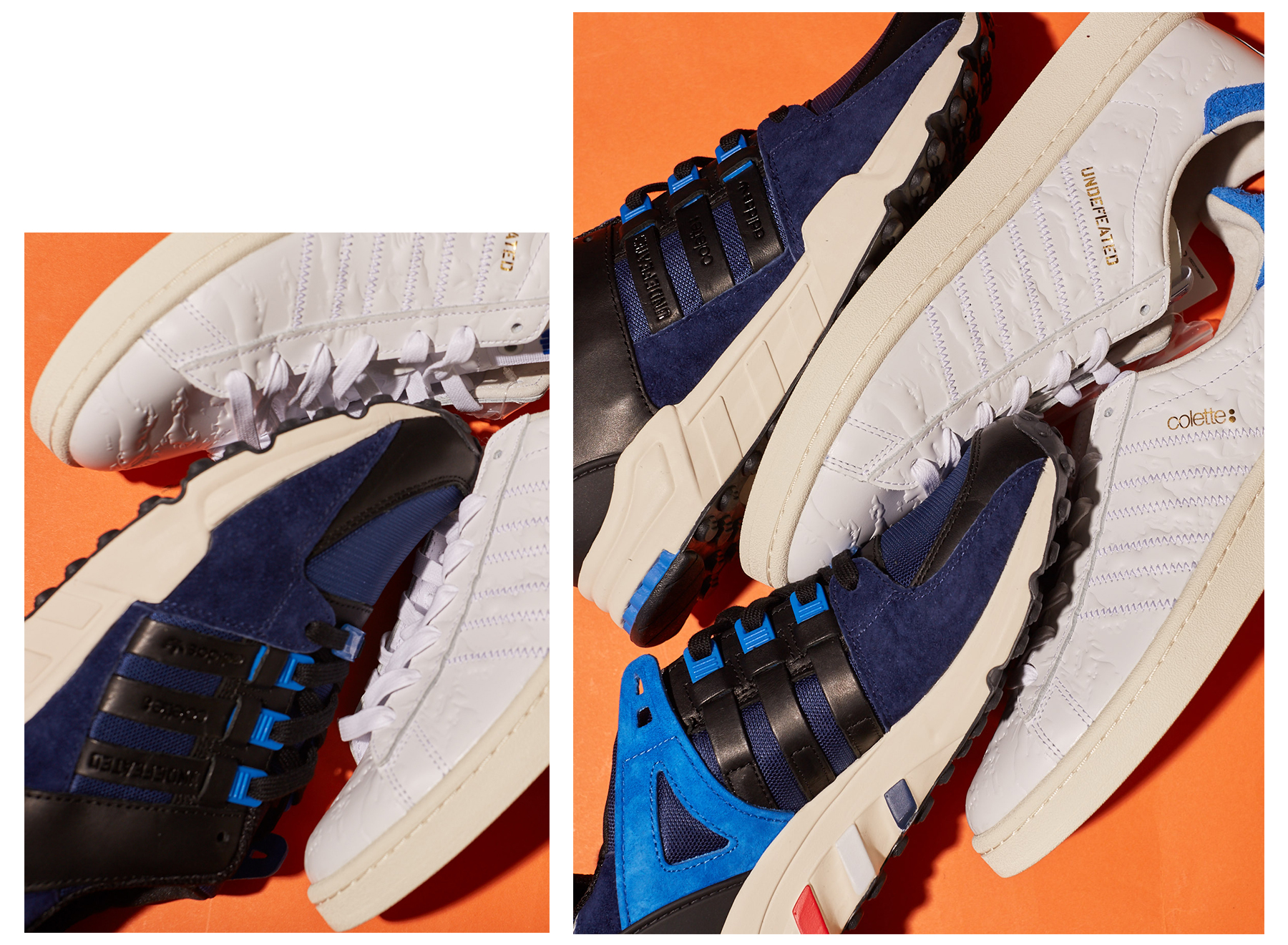 Written by Julie Hogg on January 23, 2017. Posted in Release Dates.

Parisian store Colette, which has been one of Europe’s it store’s for design, art, culture and fashion for close to 18 years, have come together with Los Angeles UNDEFEATED, one of the most recognised brands in the world within sneaker community, for the first instalment of the much anticipated ‘Sneaker Exchange.’ Both brands are renown for their approach to collaboration, inviting some of the most influential creatives in the world to co-create products, this time, with adidas at the core. In this first instalment of adidas Consortium’s most ambitious collaboration series to date, we see influence from Paris and Los Angeles on the EQT Support and Campus 80s.

The Sneaker Exchange is about beautiful footwear foremost, but it also establishes a platform to ponder the ideas of time, distance and their changing role in the modern world. It is just this combination that both parties draw inspiration from here, the concept of playing with opposites. Los Angles and Paris are nine time zones and half the world apart.

The pack includes a Campus 80s and EQT. The Campus 80s has a white high-quality leather upper, an off white rubber sole with royal blue lacing and heel. The EQT support is the moodier, night time counterpart. The sole, too, is off-white but dark navy and deep blue shades dominate the model’s upper.

colette and UNDEFEATED deliver a collaboration at its best. Both parties share a common interest in footwear, they used their silhouettes as a template and worked together to establish a common thematic ground for their executions. Two models, mirrored colorways, one clear and consistent theme – the adidas Consortium Sneaker Exchange is available on January 28, 2017 both online and instore at our Moreland Ave location.